Most PPP loans have been forgiven, despite signs of possible fraud : NPR

Most PPP loans have been forgiven, despite signs of possible fraud : NPR 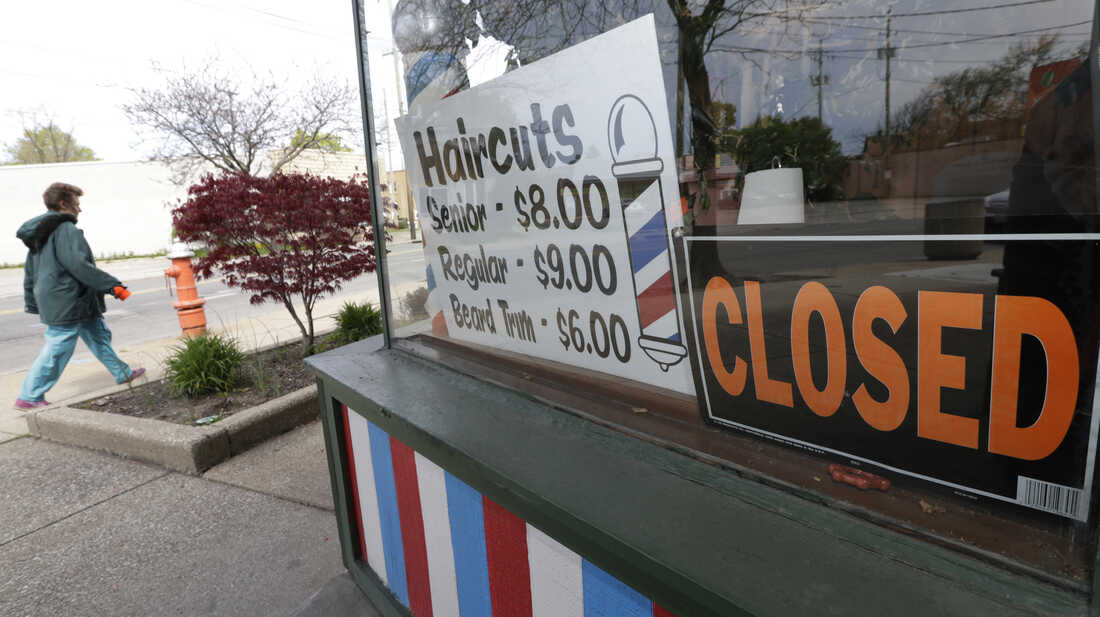 A closed barbershop in Cleveland in May 2020. Small businesses were in limbo as the coronavirus outbreak raged and the first round of the government’s multibillion-dollar Paycheck Protection Program drew to a close.

A closed barbershop in Cleveland in May 2020. Small businesses were in limbo as the coronavirus outbreak raged and the first round of the government’s multibillion-dollar Paycheck Protection Program drew to a close.

As COVID-19 shutdowns threatened businesses back in 2020, the U.S. government began issuing nearly $800 billion in potentially forgivable Paycheck Protection Program loans. The program was designed to help small businesses keep workers employed during the uncertain early days of the pandemic.

More than two years later, the overwhelming majority of these loans have transformed into government grants, as 91% have been either fully or partially forgiven, according to an NPR analysis of data released by the Small Business Administration on Oct. 2.

The SBA expects that figure to grow to nearly 100% as more forgiveness requests are processed this fall.

That’s despite claims from University of Texas researchers that about 1.4 million PPP loans show signs of possible fraud, like suspiciously high payrolls and multiple businesses listed at the same residential address. The SBA disputes these findings, but its own inspector general has estimated that at least 70,000 loans were potentially fraudulent.

Meanwhile, the SBA is closely scrutinizing just a tiny portion of the millions of PPP loans for fraud and forgiveness eligibility. The SBA uses computer models to review all 11.4 million loans, according to Patrick Kelley, a senior official with the agency, but he says auditors have manually reviewed only about 215,000 loans, or roughly 2% of the total number issued.

And of these close, hands-on reviews, Kelley says only about 21,000 were denied forgiveness, just about 0.2% of all loans issued.

Whose loans still haven’t been forgiven?

About 1 million of the 11.4 million PPP loans remain unforgiven. The majority of these unforgiven loans are held by sole proprietors and independent contractors: one-person businesses specifically targeted by a later round of the program. Many work in service jobs heavily impacted by COVID-19, such as barbers, janitors and Uber drivers.

Many of these businesses that got their loans through financial technology companies, rather than traditional banks, told NPR they’ve had great difficulty getting them forgiven.

Fintechs, as they’re known, are businesses that use newer technology to offer financial services.

NPR contacted dozens of these tiny businesses with outstanding loans and heard all sorts of additional reasons why they remain unforgiven, ranging from missed emails or botched applications to bad advice from accountants.

But the SBA says some of these PPP borrowers simply have not yet applied for forgiveness, since many of them can wait to apply for up to five years after their loan was issued.

At a Senate committee hearing in August, Kelley said the SBA has already processed forgiveness decisions for about 97% of loans issued in the first year of the program, 2020. The figure for 2021’s loans trailed behind, at 85%, but Kelley told NPR he expects most of the remaining loans to be forgiven this fall.