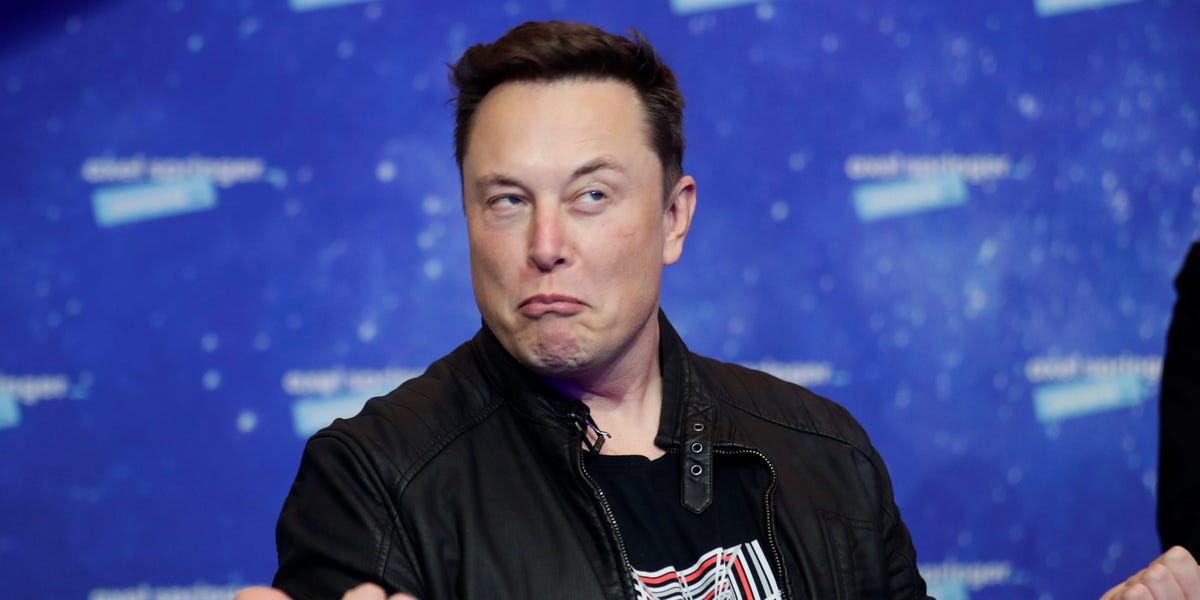 Thanks for signing up!

Access your favorite topics in a personalized feed while you’re on the go.

Elon Musk said SpaceX wouldn’t switch off its Starlink internet service in Ukraine even if the US government declined to fund the project.

The billionaire has recently expressed how expensive it has been for SpaceX to keep running Starlink in Ukraine while the war with Russia wages on. SpaceX asked the Department of Defense (DoD) in September to fund the satellite internet service in the country because the company said it couldn’t afford it, CNN recently reported.

Musk said on Sunday in response to a Teslarati article posted on Twitter: “Before DoD even came back with an answer, I told Mykhailo Fedorov that SpaceX would not turn off Starlink even if DoD refused to provide funding.”

Fedorov, Ukraine’s vice prime minister and minister of digital transformation, replied to Musk’s tweet, saying before the discussions about funding, the SpaceX CEO confirmed to him that he would ensure Starlink would continue to run in Ukraine.

“This was critically important for Ukraine. We are grateful to you!” Fedorov wrote in the tweet.

SpaceX didn’t immediately respond to Insider’s request for comment made outside of US operating hours.

Since Starlink was activated in Ukraine after Russia’s invasion, the company has sent thousands of internet terminals to the country and reports suggest Starlink has helped Ukrainian troops stay online during the war.

Despite this, Musk has said SpaceX was burning around $20 million per month to keep the service running in Ukraine and Starlink was losing money. According to documents seen by CNN, SpaceX expected the cost of operating Starlink in Ukraine to add up to more than $120 million for the rest of 2022 and almost $400 million over the next year.

Although Musk said the costs were “unreasonable,” he then backtracked on his refusal and said SpaceX would continue to fund Starlink in Ukraine.

Politico reported on October 17 that the Pentagon has discussed whether to fund Starlink, according to two US officials involved with the project. The European Union is also considering paying for Starlink in Ukraine over concerns the billionaire would turn off the internet service in the country, Lithuania’s foreign minister Gabrielius Landsbergis, told Politico.

Musk said on October 17 that SpaceX had already withdrawn its request to the Pentagon for funding.